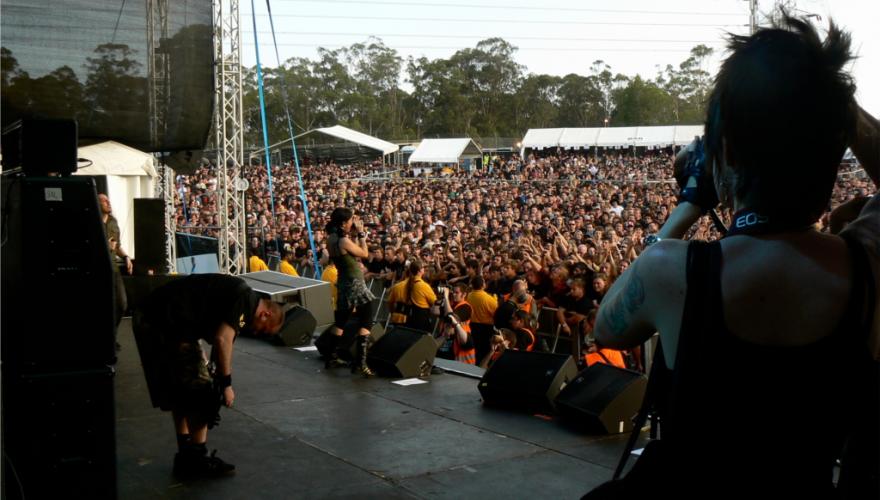 Soundwave 09 was held at Eastern Creek raceway and we we supplied audio + lighting + crew for stages 3 and 4.

Like a smaller version of the Big Day Out, Soundwave features bands from all over the world (many of whom we've worked with before) and had a crowd of about 26,000.

Stage 4 was the metal/hardcore stage and was headlined by Lamb of God, who played to about 5,000 people.

We used some of our Martin W8LC Line Array, Midas Heritage at FOH, Yamaha M7CL on monitors.

Lighting was controlled by a Jands HOG1000 and an Grand MA (Fullsize) for Lamb of God.

Stage 3 was more of a "pop" stage and featured Face to Face, Funeral for a Friend and Alkaline Trio.\

Although it was two, long days (Setup + show), it was a flawless show and all acts and visiting engineers were extremely happy with our production