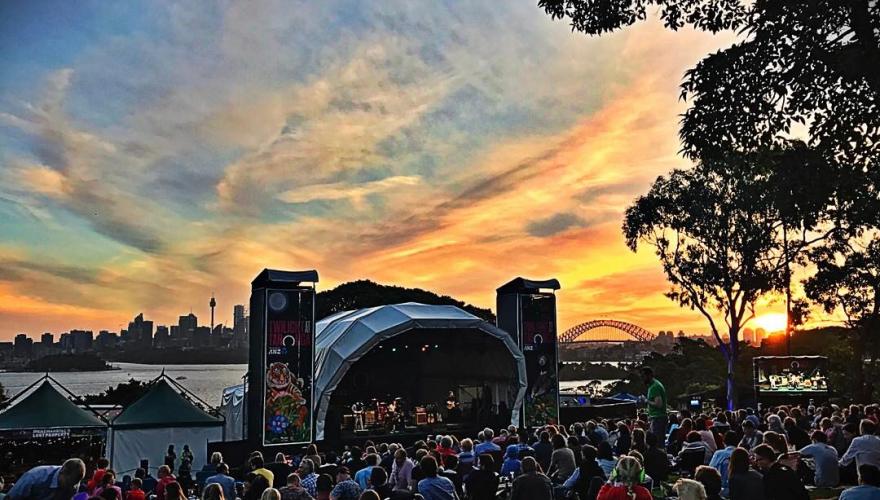 Another season of Twilight at Taronga is over for 2017.

Once again our Martin Audio MLAc provided awesome quality audio and coverage with no off site noise issues - however, we did use our 2 x 10Eazy noise monitoring systems (at FOH and venue perimeter) - just to be sure.

House consoles were a Digidesign Profile at FOH and a Yamaha CL5 on monitors.

Our riser package was used across the season in various configurations to suit each act.

This pic (by Christian McBride) sums up this event - sunset over Sydney Harbour on a balmy summer night with great music in a great location.