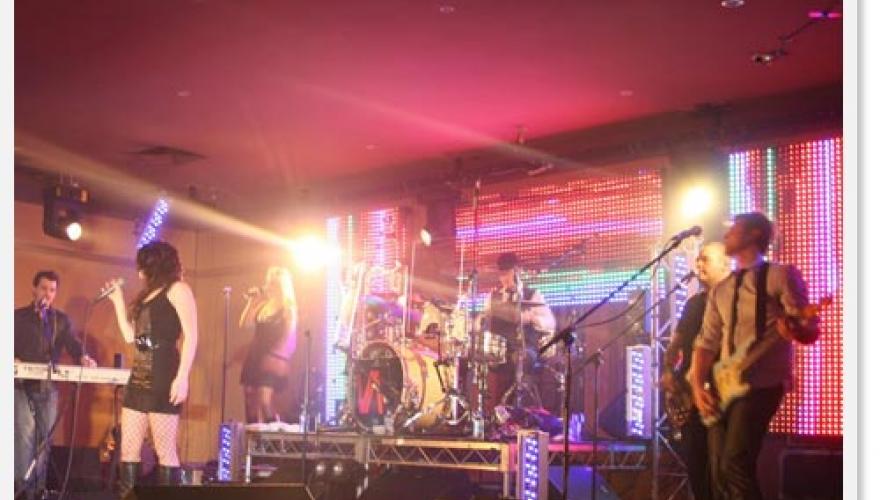 Vanessa Amorosi toured throughout Australia in June/July in support of her new album "Somewhere in the Real world". The show was catered mainly for the Pub and RSL market and once again her lighting designer Rohan Thornton had to address a no smoke issue.

"Vanessa really doesn't like using smoke which isn't a great thing for a lighting person!" remarked Rohan. "Sometimes the lighting can look a bit bland without smoke."

The rig contained twelve Martin MAC250 Washes, four Atomic strobes, sixteen MultiPARS and seven Molefay Duets but Rohan felt that, with the lack of smoke on stage, he needed something else of interest; some extra eye candy and a bit of a blast. He found that the addition of ten Pro Shop Honeycomb LED fixtures did the trick.

"In fact on a couple of the smaller shows, where I only had ten amps of power available, I used the ten Honeycombs as the whole rig and they were actually some of the better shows!" said Rohan. For the final four Victorian shows, more LED pizzazz was added in the form of three Martin LC panels.

"Once I had the LC Panels I used the Honeycombs more for wash," said Rohan. "For a small budget rig it ended up working quite well. Entertainment Installations supplied the gear and crew and they were great."